Both my parents worked in medicine. My father was a medical doctor whose work in nutrition, homoeopathy and anti-aging research was far ahead of his time. He developed a holistic approach to the treatment of cancer and other degenerative illnesses. My mother was a staff nurse and psychiatric sister who taught me about good bedside manner, care, listening skills and how to be helful rather than a hindrance to patients' recovery. It seemed very natural for me to carry on their work, integrated into the wider medical community. In 1979 I completed a BSc (Hons) in Nutrition at the University of London, followed in 1983 by a diploma in homoeopathy from the Hahnemann College of Homoeopathy.

At university I practised Shotokan Karate followed by judo and then Aikido. Yoga helped these practices. Around this time I was teaching yoga and came across a magazine article about the movement education work of Moshe Feldenkrais. The article stated that whilst yoga is extremely effective, some of the postures would require very significant persistence to master. It asserted that after only a short session of the Feldenkrais Method the posture could be achieved easily. This sparked my interest in the Feldenkrais Method. 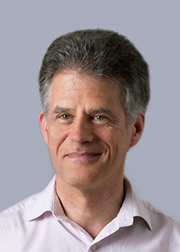 Over the years I have updated my skills by training with most of the first generation of Feldenkrais trainers who were trained by Moshe Feldenkrais himself. US trainer Lawrence Goldfarb continued this process and my current mentor is Jeremy Krauss in Germany. Jeremy is a leading edge Feldenkrais trainer who has refined and developed the Method further with greater precision and effectiveness. David Butler's work on neurobiology and Scott Sonnon both make a contribution to the development of my Feldenkrais skills, so I can offer the best possible options for clients.

I continue to be passionate about the importance of nutrition to optimum health and I endeavour to stay at the cutting edge of exciting new discoveries which prevent or slow down illness.

My vision is to support people through challenging times when they are facing stress, illness or recovering from an accident. I draw on the best protocols available and empower clients to help themselves more effectively. Looking to the future I am hoping to set up a charity for bed bound, physically challenged people and to offer funding to people who would benefit greatly from Feldenkrais.

I worked within the National Health Service for over 20 years, working my way up from a Health Care Assistant, then an enrolled nurse to becoming a qualified staff nurse. I no longer work as a nurse but I utilise my skills to ensure all my clients receive the best complementary therapy service whilst in my care.

I have trained extensively in the natural health field to ensure clients have the best possible treatment to help the body combat stress and start on the road to recovery.

I am also a qualified teacher in natural health and offer CPPD courses to other therapists, as well as non-accredited courses to people who are interested in learning how to help themselves with natural remedies. 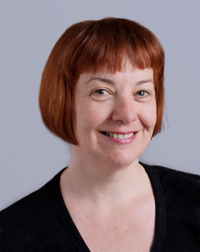